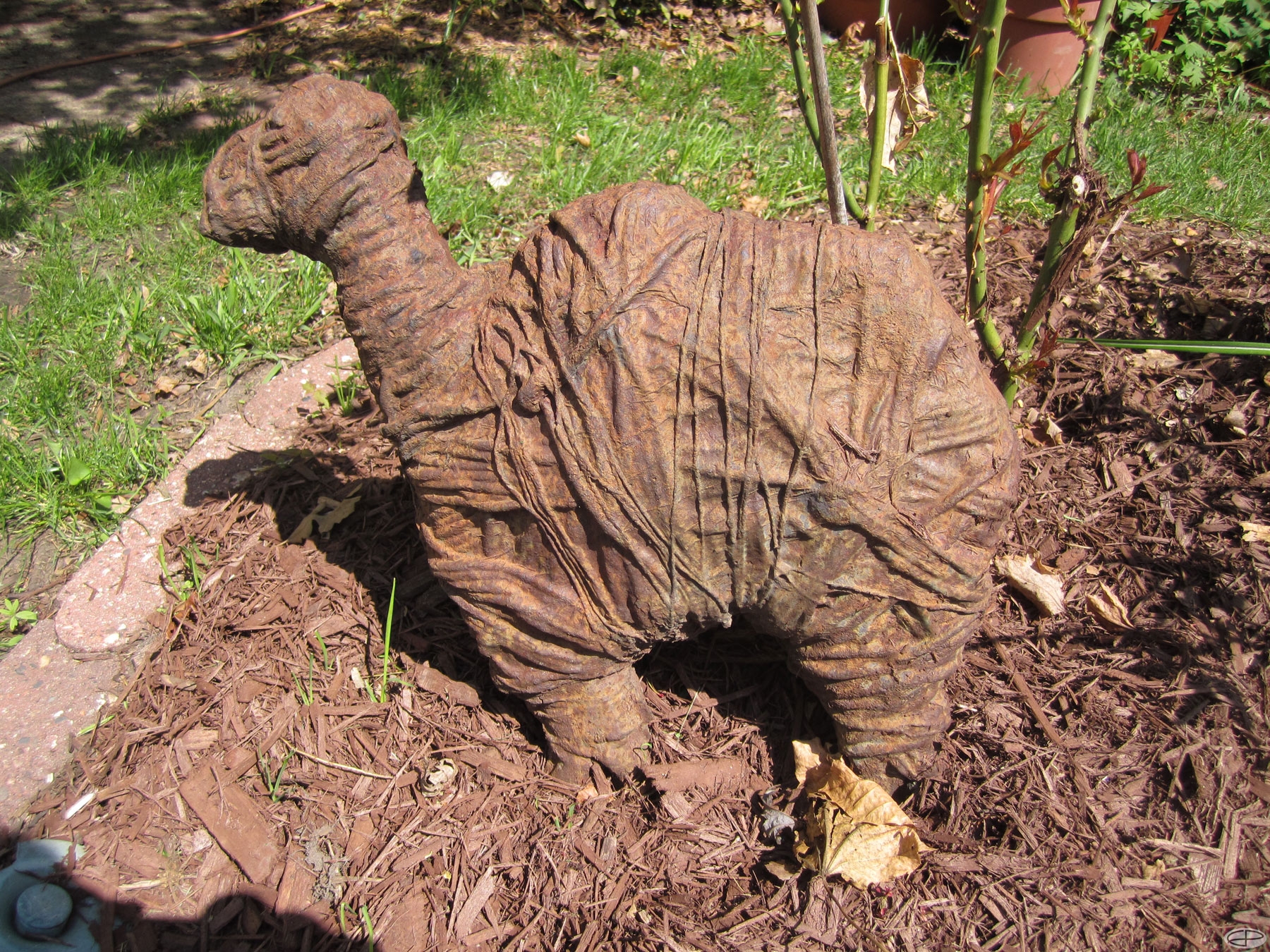 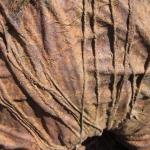 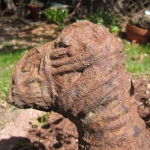 This cast iron Camel was a student-piece created at the University of Minnesota’s foundry. The pattern was created from wood wrapped in rope which gives the camel it’s textured surface. The piece has a solid core so it weighed over 70 lbs and took 48 hours to cool down before it could be chased and finished. The iron came form recycled radiators which we had to break into smaller pieces prior to being melted down. The piece was commissioned but was never delivered because it thought it fell a bit short on the aesthetics front. It was then left in my parents backyard where hopefully they had the sense to bury it before moving.